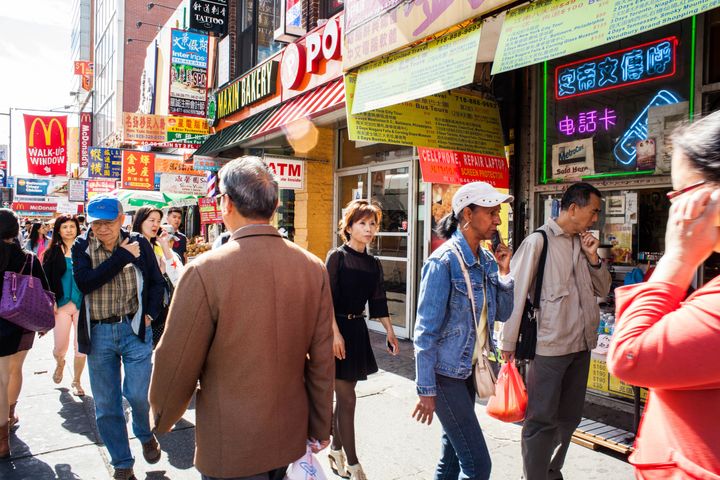 The Trump administration’s decision to add a question about citizenship to the census does not bode well for Asian-Americans and Pacific Islanders, civil rights groups fear.

Research has already shown that the minority group is significantly undercounted in the survey, with one-fifth of Asian-Americans and one-third of Native Hawaiians and Pacific Islanders living in hard-to-count census areas. This is partly due to the fact that some Asian-American and Pacific Islander, or AAPI, subgroups have relatively high rates of poverty, unemployment and educational attainment, among other factors.

Experts say the question about citizenship will significantly reduce participation in the census, and Asian-American civil rights organizations are worried about how the question could affect the growing minority group.

“Given the high number of Asian immigrants, any question regarding citizenship is likely to scare the Asian community. We are very concerned that the addition of citizenship question will disproportionately cause an undercount in the Asian community,” John C. Yang, president and executive director of the civil rights group Asian Americans Advancing Justice | AAJC, told HuffPost by email.

“The community already is fearful of the anti-immigrant rhetoric and immigration policies advanced by this administration,” Yang added. “At a minimum, the addition of this question will make it even more challenging to ensure that the community has sufficient trust in the census such that they will respond.”

We are very concerned that the addition of citizenship question will disproportionately cause an undercount in the Asian community.John C. Yang, Asian Americans Advancing Justice | AAJC

Treating AAPIs as a monolith ignores how poverty and other factors contribute to undercounting in particular AAPI subgroups, according to a joint fact sheet by the Leadership Conference Education Fund and Georgetown Law’s Center On Poverty and Inequality. While it’s often assumed that AAPIs are financially well-off, reports show that Cambodian-, Hmong- and Laotian-Americans, who predominantly came to the U.S. as refugees, experience higher than average rates of poverty and lower levels of income. More than one-third of Nepalese-Americans also live in poverty.

Communities with lower educational attainment are more difficult to count, too. And Southeast Asian-Americans have some of the highest dropout rates in the country, with about 34.3 percent of Laotian-American adults lacking high school diplomas, as well as 40 percent of Hmong-American and nearly the same percentage of Cambodian-American adults. Yet about 90 percent of the general U.S. adult population finishes high school or gets a GED certificate.

Lower rates of English proficiency contribute to undercounting in the census as well. More than one-third of AAPIs have limited English proficiency, defined as a limited ability to read, speak, write or understand English. And the majority of AAPIs speak a language other than English.

What’s more, much of the AAPI community in the U.S. is made up of immigrants. In fact, almost 60 percent of AAPIs were born in another country, and an estimated 1.7 million undocumented AAPI immigrants live in U.S. The concept of a census is completely foreign for many new immigrants, Yang said, which, along with the citizenship question, would further discourage many AAPIs from participating.

An undercount will mean that congressional districts will be allocated and drawn without an accurate understanding [of] the Asian American community.John. C. Yang

Increased undercounting of AAPIs could have notable repercussions, Yang noted. A report from the GW Institute of Public Policy shows that more than $800 billion of federal funding in fiscal year 2016 relied on census data. And with census data meant to determine political representation, lower participation in the survey could mean AAPI concerns go ignored while resources for hospitals, disaster relief services, health care services and more are misallocated, Yang said.

“Undercount of the Asian American Pacific Islander community will leave the community underrepresented, under-resourced, and under-protected,” he explained. “An undercount will mean that congressional districts will be allocated and drawn without an accurate understanding [of] the Asian American community.”

Already, several AAPI organizations have spoken out against the citizenship question. The Congressional Asian Pacific American Caucus (CAPAC) chair, Rep. Judy Chu (D-Calif.), issued a statement condemning the new measure and expressing her commitment to using the legislative process to stop its implementation.

“The census is essential for ensuring fair and accurate representation and distribution of government resources,” Chu wrote. “But by including a question on citizenship, which is not required by the Constitution, the Trump Administration is exploiting the fear of immigrant communities who are already reticent to divulge personal information to the federal government.”

Social services nonprofit Asian American Federation, along with 35 partners, sent letters to both the CAPAC and the New York Congressional Delegation to advocate against the question. Citing the cost of hiring additional staff for follow-up on unanswered census questions, the question’s lack of testing, and the concerns of immigrant communities, the federation’s executive director, Jo-Ann Yoo, called on legislators to speak out.

Yang is now encouraging members of the public to fight back and make their views known once the U.S. Census Bureau seeks public comment on the questions. He also urges people to call members of Congress to show them how important the issue is to them.