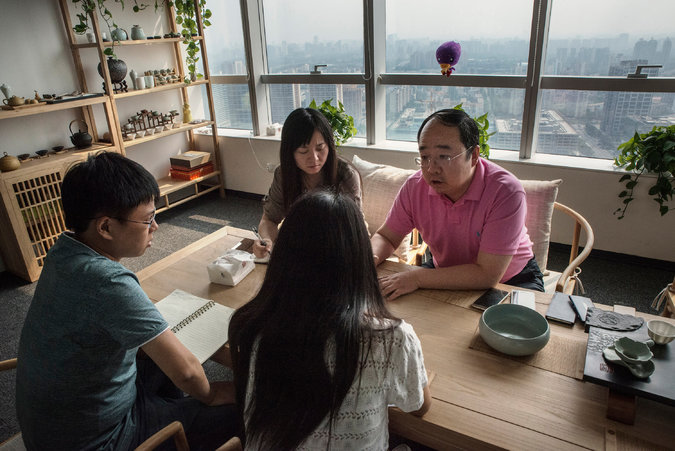 HONG KONG — The rise of a mobile software company from nothing to a $1 billion valuation in just over a year from its first product release would typically draw rapt attention, and jealousy, inside Silicon Valley.

Yet the Apus Group, one company with such a stratospheric rise, is largely unknown in Silicon Valley. That is because the company is based more than 6,000 miles away, in China.

Across Asia, investments in technology start-ups have escalated at the same swift pace and to the same heights as in the United States. In the first six months of this year, 46 Asian start-ups, including Apus, have had fund-raising rounds of $100 million or more, just short of the 48 in North America, according to the research firm CB Insights.

The focus of investors in Asia — China and India in particular — reflects an increasingly decentralized reality in global technology investment. Asian banks, private equity firms, venture capital funds and hardware and Internet giants are all willing to invest in domestic start-ups. And American investors are increasingly willing to back Asian players with advantages in their home markets.

The turmoil in China’s stock market in recent weeks, though, raises new questions about whether the pace of investments will continue. The sharp rise of stocks in China over the previous year helped support many of the big fund-raising rounds. But the steep fall over the past month could keep large Chinese investors and private equity firms away from big rounds because of difficulties with other investments.

Last week, the Chinese ride-hailing app Didi Kuaidi said it had raised $2 billion in two weeks when the stock markets were at their worst. The company originally set out to raise $1.5 billion, but it received so much interest, it was able to raise an extra $500 million.

Kai-Fu Lee, chief executive of the start-up incubator Innovation Works and a former vice president at Google, predicted that the downturn would not halt the big investments, even if there were some hiccups. He said even if valuations decreased a bit, any downturn would be cushioned by the large number of investors coming from America, and because many of China’s biggest tech stocks like Alibaba were listed on American stock exchanges.

China and India have two of the world’s largest smartphone markets, and investors are particularly interested in finding ways to make money from these giants. Small hardware companies that use their knowledge of China’s electronics supply chain to make sensors and novel devices like drones are also drawing attention — realms of technology not yet dominated by the current power players in the industry, namely Apple, Google and Microsoft.