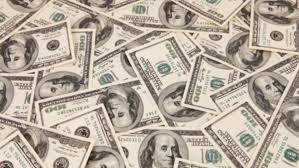 Affluent Chinese-Americans put a greater emphasis on science and technology nonprofits (20 percent) than wealthy Americans generally (9 percent) but almost half of both groups prioritize children’s and education charities.

Those were among the few differences between the two high-income groups, according to the “CTBC Bank Survey: Philanthropy & Business.” The survey, released today, is the third in an annual series exploring personal motivator behind why and how households with incomes of $250,000 or more give. It also examines how those households consider a company’s charity with their consumer dollars when investing, spending or deciding on taking a job.

“People tend to donate money over their personal time. This is likely a reflection of individuals’ desire to give, combined with the limitations of being busy, active professionals,” said Paul Ong, professor of urban planning, social welfare and Asian-American studies at UCLA’s Luskin School of Public Affairs.

Chinese-Americans are slightly more likely to give to a cause which they or a loved one has had a personal experience (87 percent) than high-income Americans (81 percent).

“We were pleasantly surprised to find there is very little difference between the attitudes and behaviors of the Chinese-American and national populations,” CTBC Bank USA President and CEO Noor Menai said. “In a time when we are often reminded of that which divides us as Americans, we hope this study helps to underscore how similar we ultimately are and remind us that we are all working toward an America that is greater and more successful than ever,” he said.

CTBC Bank consulted experts from the University of Southern California and UCLA for survey development and analysis of the findings. Former Utah Gov. Jon Huntsman, Jr., chairman of the Huntsman Cancer Foundation and former ambassador to China, wrote the report’s foreword.